Shopping Cart
Your Cart is Empty
Quantity:
Subtotal
Taxes
Shipping
Total
There was an error with PayPalClick here to try again

Thank you for your business!You should be receiving an order confirmation from Paypal shortly.Exit Shopping Cart

Enhance the Gift presents Sights of the Village! This is our 2nd annual African Drumming and African Dancing camp! Ages 5 and up are welcome so bring the ENTIRE family to learn and enjoy the culture of the African roots! Registration is open now! Please take advantage of our Early Birds special, which will be available until June 30th!

We are excited to meet you and your loved ones!!

Sights & Sights of The Village Sights & Sounds Of The Village Summer Camp will be held at The Grove Church in Riverside CA.

Sekani Thomas, also known as KAYINBEATS is 3rd generation professional percussionist and Electronic Music Producer who began his musical journey as an understudy with Teye Sa Thiosanne African Drum and Dance Company at the age of 6 under the direction of Yiriba Thomas and Terrence Uzoma Nelson.

While there he began training with Master Djembe Fola Moussa Traore of Mali West Africa at age 12. with Grand Master Mamady Keita at age 14, and with Grand Master Famadou Konate at age 17. With this careful guidance and training, he was able to turn professional, tour nationally and internationally at an early age. Sekani is still currently an active member of Teye Sa Thiosanne African Drum and Dance Company at age 25. Not only is he an amazing "Djembe Fola" (djembe player), he is versed in various styles of hand drumming. Having traveled and studied in Havana Cuba he is a very skilled "Conguero" playing nationally and internationally in various groups, Funk Bands, Afro Cuban Jazz Bands, and African Drum & Dance Companies. He records his own songs and produces instrumentals for himself, Internet Streaming, and Public Listening. He also produces instrumentals for select artists, Dj's and Performers all across the world. Most recently Sekani performed to a sold-out audience with Magettee Fall’s Group Percu at Barnsdale Theatre and Gallery in Hollywood.

Sekani currently resides in San Diego, California where continues his research and production. He believes that music is magic, healing, and entertainment and welcomes all who come to share and receive these gifts.

Nigel Zuniga has been around Mandingue drum and dance since he was in the womb. His tutelage began with members of his community such as Teye Sa Thiosanne African Drum & Dance ensemble under the direction of Founding Member Yiriba Thomas and Musical Director Terrance Uzoma Nelson. Nigel credits Nana Asiedu of IIe Ayan Cultural Institute of Higher Learning as an early influence as well and he still recognizes and accepts their guidance today as elders. Nigel also had the good fortune to further his training in drum and dance at an early age with Nimley Napla former director of the Liberian National Cultural Troupe, Moustapha Bangora of Les Ballets Africans, Malian Master Djembe Folas’ Moussa Traore and Basidi Kone, Grand Master Djembe Folas’ Mamady Keita and Grand Master Famadou Konate both from Guinea West Africa..

Nigel’s unique experience as a djembe fola and dancer propelled him into numerous collaborations and performances nationally and internationally showcasing his many talents and creating demand for his extraordinary skills. He most recently performed to a sold-out audience with Magettee Fall’s Group Percu at Barnsdale Theatre and Gallery in Hollywood and appeared in ‘Coming To America 2’.

Nigel now resides in San Diego, California where he continues his work. He welcomes everyone to experience his music and dance odyssey.

Yiriba has been a visual artist and percussionist for over 40 years performing, teaching, and studying African and Afro – American expression throughout the U.S. and Africa. Currently, he is based in San Diego, California, and performs in both music and theater settings. He expresses himself in several disciplines as a multi-talented drum and mask maker, costume designer, and singer. He has been carefully trained by some of the best masters of West African folkloric tradition such as Zak Diouf from Senegal and Naomi Geddo from Liberia both directors of Diamano Coura West African Dance Company, Nimely Napla director of the Liberian National Cultural Troup, and Grand Master Djembefola’s Mamady Keita and Famadou Konate both from Guinea. It was Master Drummer Ya Ya Diallo from Fienso Mali who Yiriba also studied with that gave him the name ‘Yiriba’ from Ya Ya’s native dialect Bambara. It means ‘the tree which gives cover to those who gather there to learn and which has great roots’. Most recently Yiriba studied and traveled throughout Mali West Africa with Master drummer Moussa Traore from Bamako Mali. He is presently founder, co-director, lead drummer, and vocalist for Teye Sa Thiosanne African Drum and Dance Company based in San Diego California. Yiriba is celebrated for his vibrant dedication to the presentation, development, and understanding of African and African-American culture. 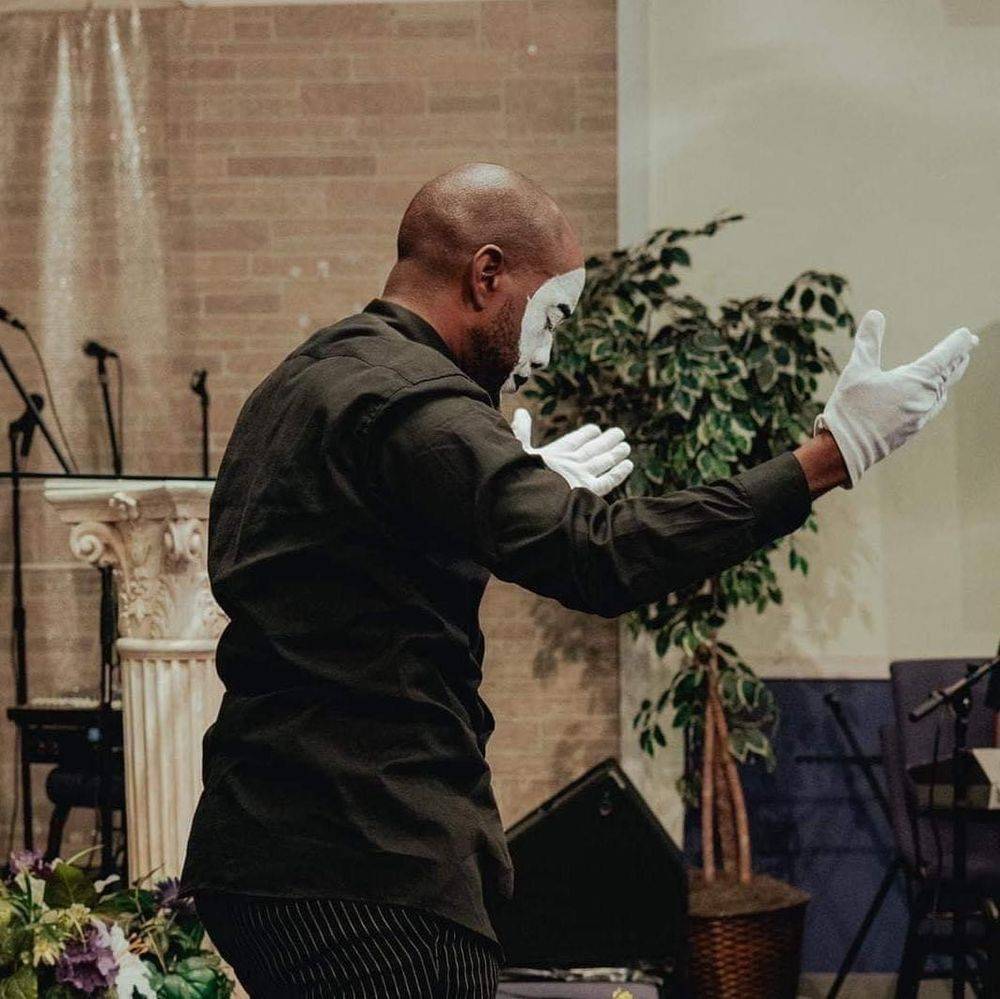 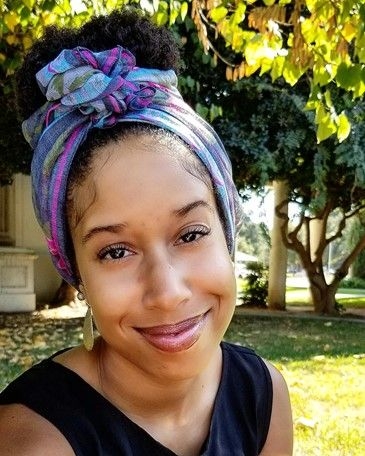 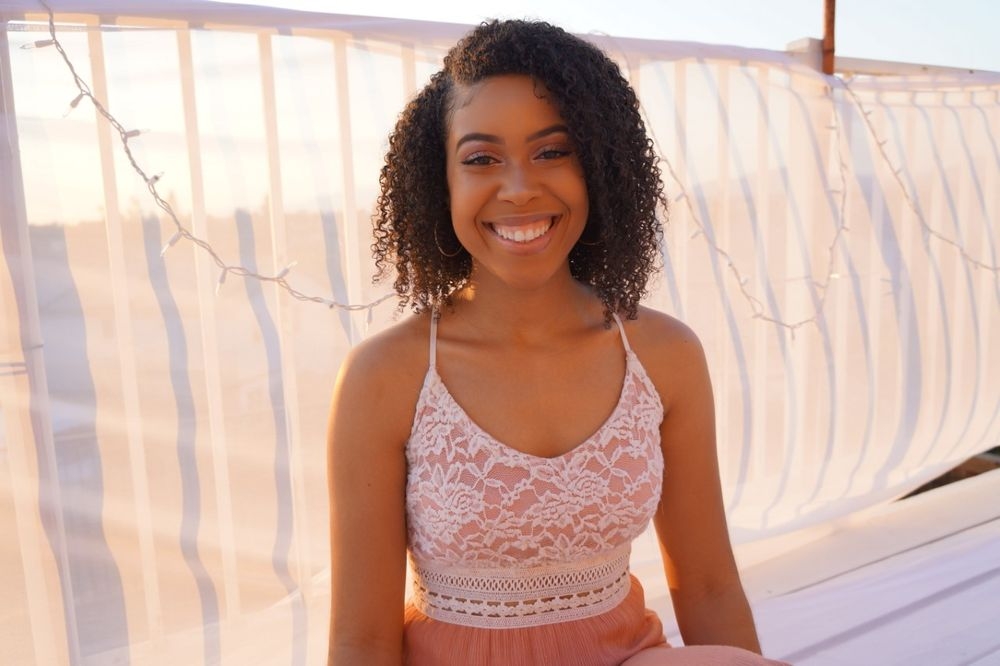 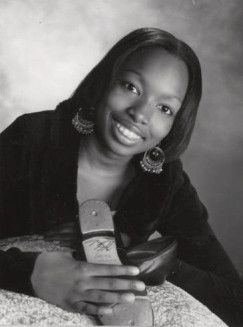 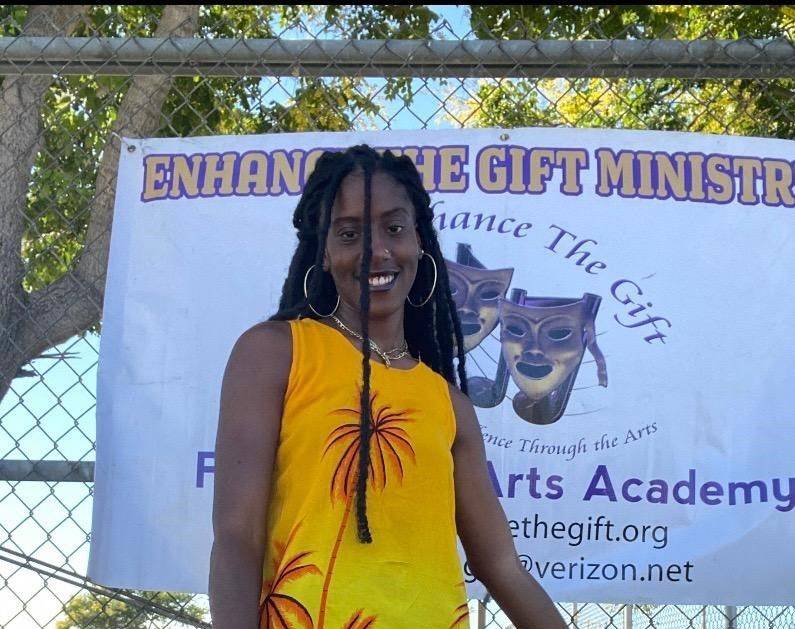 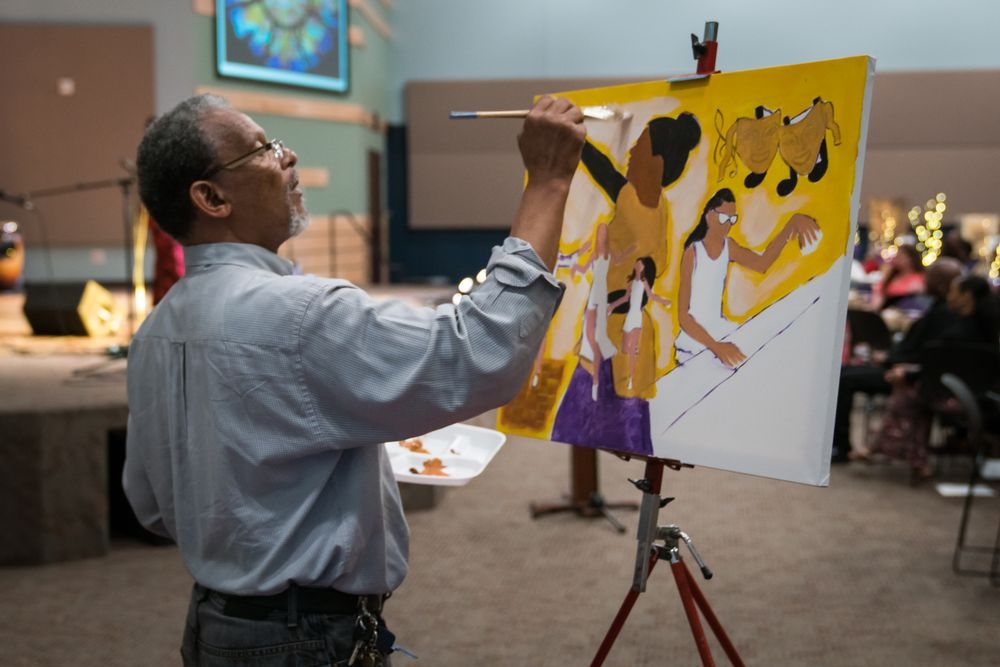 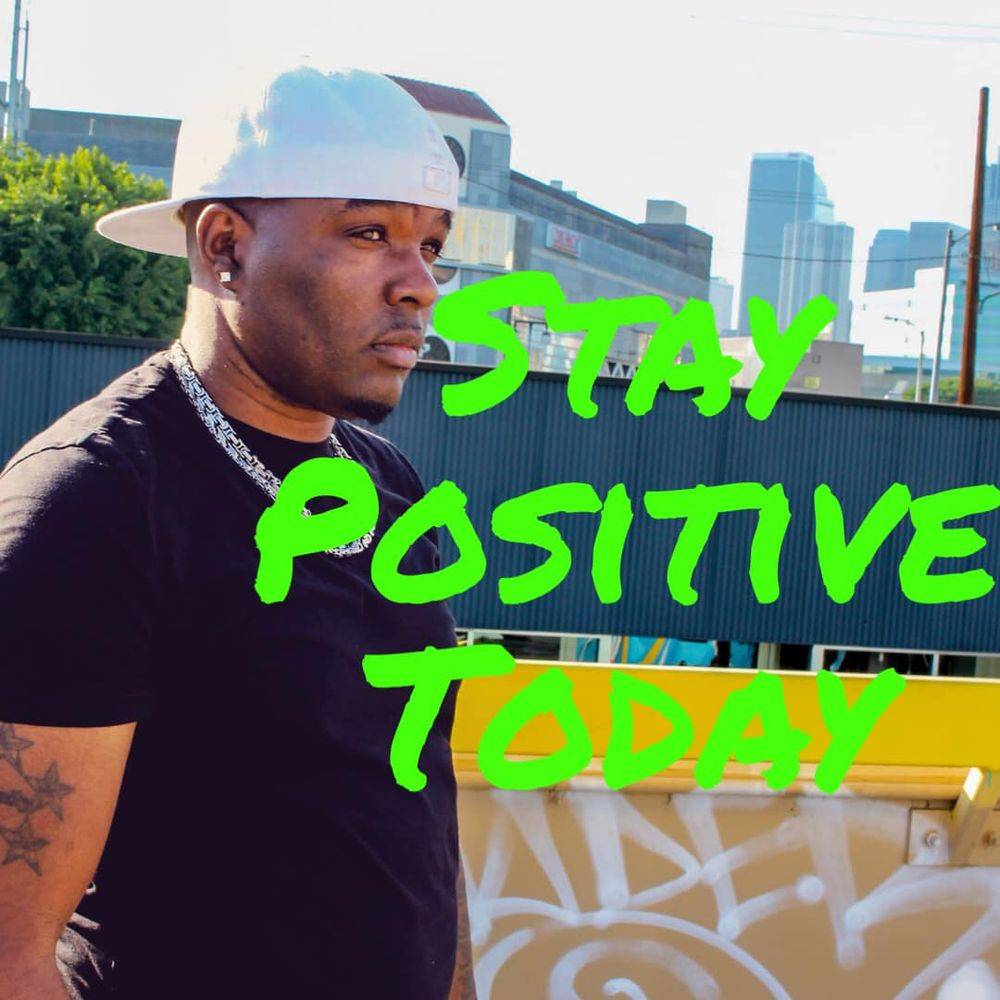 I was born and raised in Southern California. I started working with children when I was a young child and my mother had a childcare in our home. (I vividly remember coming home from kindergarten with daycare kids in the car.) As I got older, despite many circumstances, I never lost sight of the joy of childhood. Therefore, I maintained my passion for working with young people, and it always involved music in some facet. This is of course because music, particularly singing, has also been a passion of mine since just before I began singing in the Trinity Baptist Church youth choir when I was about 6 years old. Although I was extremely shy, my singing journey was cultivated within the church in tandem with my walk with Christ. I’ve always understood my voice as a gift from God; that it can’t exist without my relationship with His Son, Jesus. My experience in the youth choir was an essential part of my vocal and spiritual development until I turned 18 years old at which time, I began studying music in college. Throughout my college career and continuing now, this gift of singing through my spiritual growth remained at the forefront of my purpose. I’ve had so many wonderful opportunities to observe and work closely with children and youth through music. Whether it be through multi-member choral groups or 1-on-1 private lessons, I live to see and experience the joy of a student when they master new vocal techniques, aural skills, and music reading abilities. The excitement on their face and in their singing as I get excited and pump them up is so invigorating for my students and myself! My relationships with children thrive best when we can be unapologetically ourselves – genuine, empathetic, curious, enthusiastic, exploratory, and sensitive – and this is what I seek most in every opportunity in which I am privileged to engage with children.

Brittany Johnson is a singer and a vocal instructor located in Riverside County. She began her musical journey at 6 years old when she joined the church youth choir. She was heavily involved in the youth choir until the age of 19, and through those years of sheer enjoyment, she developed a love for music and singing so much that she followed that passion by studying music in college. After 8 years of higher education, Brittany obtained her Associate’s in Music, Bachelor’s in Music Education, and her Master’s in Vocal Performance. Throughout her college career, Brittany has taken private vocal lessons and piano lessons, sung in collegiate and church choirs, small groups, and worship teams, and she has given numerous solo vocal performances. Brittany has also directed choirs, taught music classes, and taught private voice lessons. She is the co-owner of Johnson Twins Vocal Studios, a partnership established with her twin sister in 2020. Brittany loves helping people, especially children and youth, to own their singing voices, develop healthy singing techniques, and ultimately experience all the benefits and enjoyment that music and singing bring. Click this text to start editing. This block is a basic combination of a title and a paragraph. Use it to welcome visitors to your website, or explain a product or service without using an image. Try keeping the paragraph short and breaking off the text-only areas of your page to keep your website interesting to visitors.

Mime Dance instructor is 28 years old. Some of the things that he would like to accomplish in his life are to make a difference in the world and to be recognized as a role model for Christ unfailingly. Derek has practiced dance at a young age and recognizes that his gift is from God. He strives to be an encourager to those who feel that life doesn’t matter. His philosophy of life is, “Pray First, Aim High, Be Encouraged & Stay Focused!

Margaret Briggs is the Executive Director of Enhance The Gift Ministries. She holds a Bachelor of Arts Degree in Vocal Arts and a Masters in Education. She began singing at a very young age and has had the opportunity to sing with various musical artists throughout her career. She has provided instruction in the areas of vocal arts development, Praise & Worship, and is currently serving as Co-Pastor with her husband at Greater Light Community Church in Perris. She has served as Praise & Worship Leader and Choral Director for several ministries. She is extremely gifted in discovering potential in others and providing the inspiration and motivation necessary to "stir up the gifts. Pastor Margaret has also taught in the Public School System for 25 years; teaching grades 1 - 7. She brings to the Enhance The Gift organization a wealth of knowledge and passion!

Listen to song below to write your own lyrics for Enhance The Gift. Thank you Benjamin Briggs III, producer and audio engineer for the music track! You may record yourself singing with your lyrics and send us the video clip. The recording must be (3) minutes or less to send by regular email. [email protected]